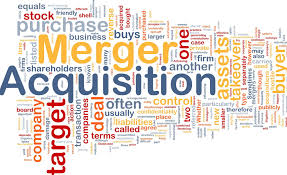 Following up from this week’s earlier article on M&A integration, I would like to delve further into the public discussion around M&A strategies for managed services companies by suggestion a “go big or go home” model for consideration. Here is what I propose.

M&A as a strategy for growth in managed services is not a new concept. M&A has been occurring in the MSP profession for decades, and it will continue for the foreseeable future. M&A has a critical role to play in sloughing off the detritus of non-performing businesses. The purpose of this article is to argue for a more optimal M&A strategy for MSPs and their funding sources.

According to the Harvard Business Review study, approximately 70-90% of M&A deals fail. There are several reasons for these failures, but the critical point for this discussion is that the failure rate is high enough that every MSP should be taking notice.

The HBR study cited a lack of due diligence, improper motives, and a few other items as reasons for the high rate of M&A failure. Whatever these individual views mean to you, the point is engaging an M&A is a hazardous business and one which should be undertaken only in the unique of situations.

I have written (and spoken) at length on the significant risks of roll up strategies in the MSP community. I have no plans to repeat those arguments. However, before reading the HBR study, the anecdotal evidence around M&A roll-ups in managed services was not encouraging. Although only a handful of companies attempted a roll up campaign, those limited attempts have not been successful.

In light of the HBR claims, all M&A roll-up strategies should properly be viewed as statistically risky, at best. Roll up campaigns are particularly harmful to the sellers who buy into the plan and believe the endeavor will work out in the long run. For investors, the risks are immense when considering the funding of a roll-up strategy.

So, if you assume the HBR statistics are accurate, and if you acknowledge the blatant failures of the previous rollup attempts, then the only M&A deals which should be pursued are those with significant advantages to outweigh the apparent risks.

In the M&A business, there is a philosophy that $1 million deals are just as risky as $100 million deals. The wisdom behind this statement is that if both deals are going to involve risk, do the transaction which is bigger because the reward will be more significant than the smaller one.

I agree with this philosophy and hope that MSPs would give up fanciful notions of achieving fast and rapid growth through the mass acquisition of other MSP businesses. M&A should be undertaken only when natural, organic growth is not possible.