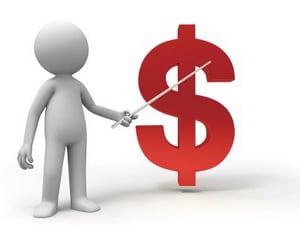 In past articles, we’ve talked about the need for a change in the way MSPs price their managed services offerings. Today, I would like to revisit that topic, specifically considering several legislative activities which argue for a more sensible managed services pricing model approach.

Per device or per user pricing models, by themselves, have become incredibly risky for MSPs. While simple to calculate and extraordinarily useful when allowing customers and other MSPs to compete against such a pricing scheme, device and user pricing lead mostly to commoditized views of the managed services offering and of the provider.

Strict user and device pricing models leave MSPs vulnerable to price shopping customers, commodity-driven competitors, and generally, cheapen the value of the managed service being delivered. Such pricing schemes beg for comparison, both amongst other MSPs and customers, leading to uncomfortable and unproductive conversations.

Perhaps most damaging about such approaches to pricing is that they ignore or lessen the importance placed on intangibles, such as risk, levels of service, and overall complexity of the service being delivered. This is precisely why MSPAlliance has been advocating for a far more effective approaching to pricing, called risk-based pricing.

Risk Pricing in the Age of GDPR and CCPA

Our discussions around risk-based pricing are not new. We’ve been discussing this topic for many years, both online and at MSPWorld and other events. However, the time has come for risk-based pricing to accelerate its adoption amongst MSPs, particularly in light of recent legislation such as GDPR and the California Consumer Privacy Act (CCPA).

Privacy laws increase the stakes and risk for customers and their MSPs. MSPs. As these laws add to the requirements MSPs must follow to become compliant, so should MSPs adjust their pricing to offset the increased risk and potential liability to damages, loss of reputation, and other liabilities which come with service regulated customers.

The Time for Managed Services Risk-Based Pricing Has Come

MSPs can no longer wait and should quickly review their current pricing models to a) reflect changing risk to their practice and b) ensure that service margins are protected in a world which is becoming more regulated.